It was before sunrise. I was shooting an small quay located near the Magdalena drainage, in the Alfacs bay.

A work ban stopped and a young man went out. He was going to inspect something at the quay when he noticed me and my camera. We started to talk immediately.

Quico is one of the Delta fishers. He owns an small boat and uses it to install “gànguils” in the Alfacs bay. A “gànguil” is a sort of net with conic shape that is placed underwater for several days. When the fishes come inside, they become trapped.

Quico was going to “Xurrar”, that is the action to extract the “gànguils” from the sea to gather the trapped fish. He invited me to go with him. We got on the boat, Quico working with the nets and I working with my camera.

And we spoke a lot about the Delta and its complex and fragile ecosystem. About the interests of all the people who lives or works in the Delta: fishers, farmers, tourist sector, ecologists, … About how the Delta steps back without solution because of the decrease of fresh water, and also mud, carried by the river.

We also spoke about the pesticides used in the rice fields and its impact in the environment, and also about the plagues, like the apple snail one, that appear to be unstoppable. About the sea over-exploitation that is reducing the catch. About the tourist sector and the lack of plan for developing it.

In summary, about the concerns of the people who loves the land that feed them.

And after we said goodbye, the destiny joined us again to eat at Quico’s brother restaurant: “Lo pati d’Agustí”, at the village of “Poblenou”, where I could ate one of the best wood fire cooked paella I ever tasted! 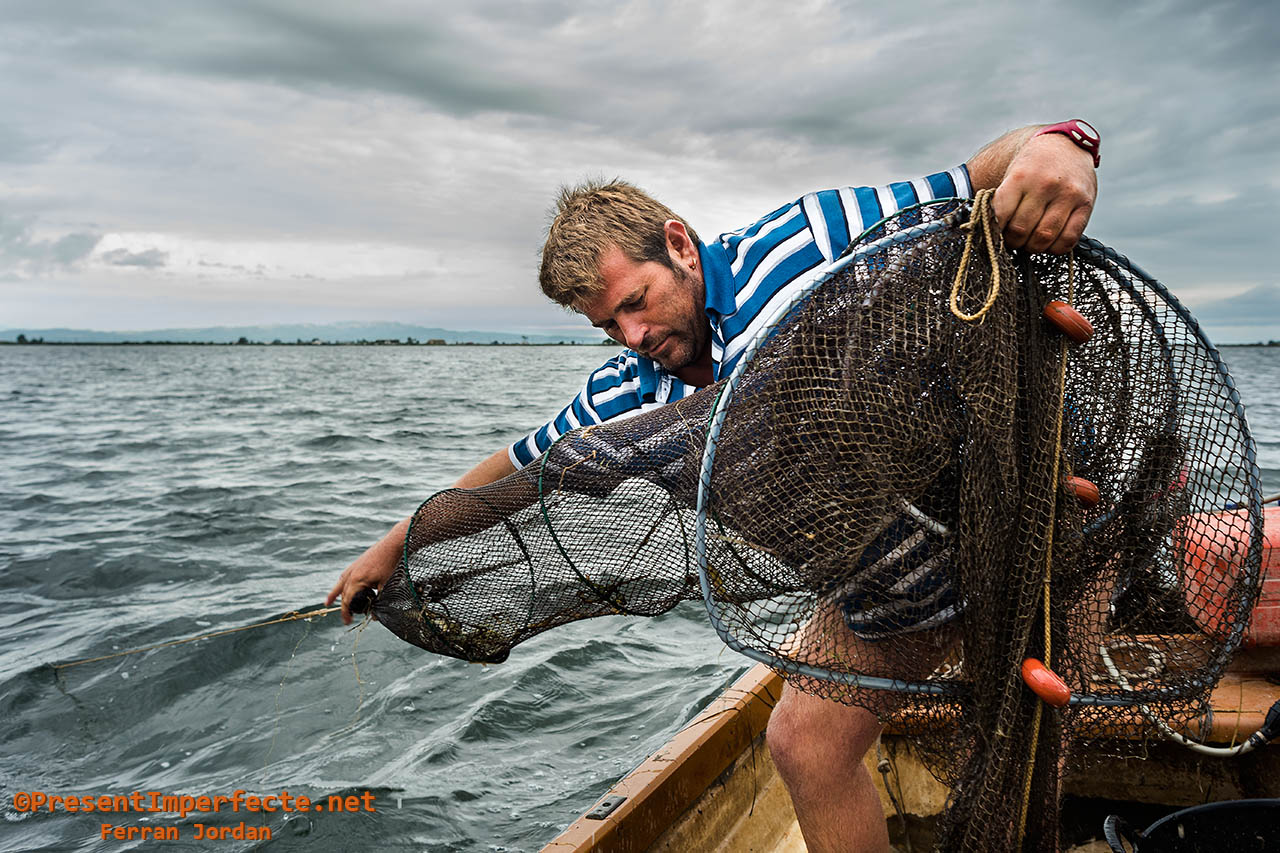 This picture belongs to Album Portrait 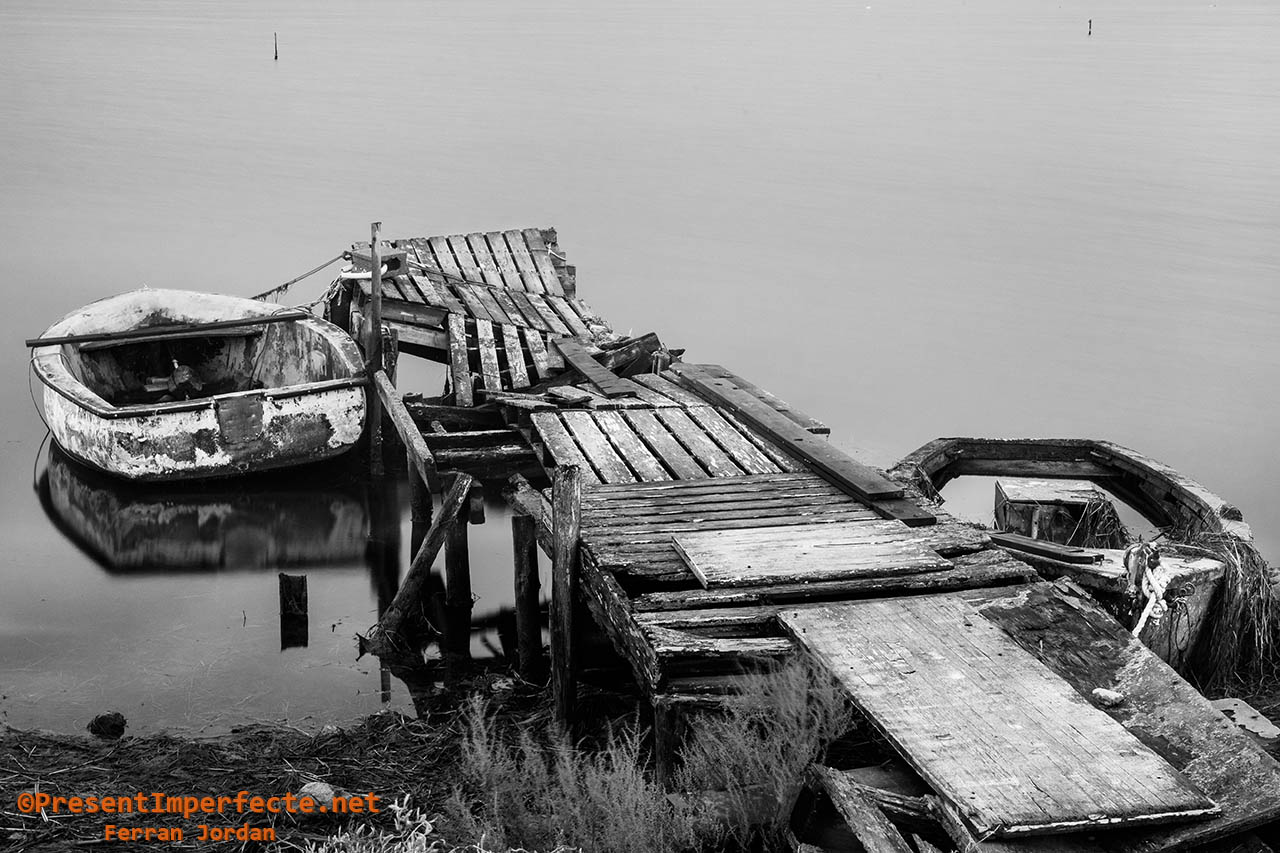 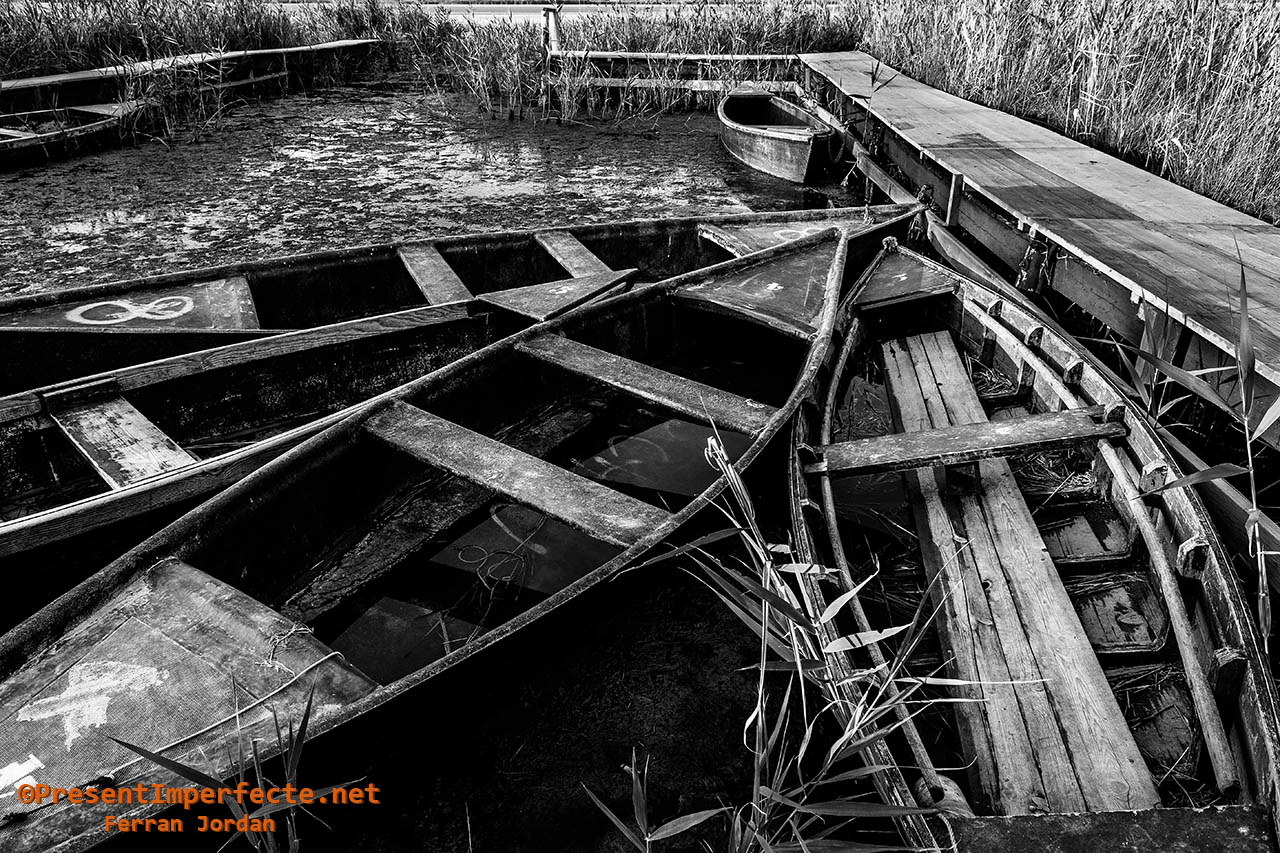